What Is FICA On My Paystub?

Every time you receive your check stub, you might ask yourself the questions, "What is FICA on my paystub?" "What are all the deductions listed, and are they necessary?" "What does FICA mean on my paystub?" You are not alone when asking yourself these questions. Many employees and self-employed individuals also wonder the same things.

It is good to understand how much these taxes and deductions are, how they are calculated, and where they are going. While there are many deductions listed, one of the best places to start is by identifying the FICA on a paycheck stub.

Here is everything you would need to help you understand what the FICA tax is for, why your employer withholds them and who benefits from them.

What Is FICA Tax?

FICA stands for the Federal Contributions Act that requires employers to withhold three different types of taxes taken out of an employee's paychecks. These taxes are mainly used for two things: first, to cover Social Security retirement payments for older Americans; and, second, to cover premiums for Medicare (Hospital Insurance) benefits. A third purpose for the FICA is to cover the Medicare surtax for certain high-paid employees.

Originally created in 1935 by President Franklin Roosevelt, the FICA tax is a mandatory payroll deduction taken out each pay period. The federal tax was created to provide money for retirement for elderly and retired citizens. Anyone working and earning income, whether self-employed or salaried, should pay into the fund on a semi-weekly or monthly basis.

The two main separate taxes combine to make the FICA tax, which pays for both Social Security retirement benefits and Medicare health insurance. FICA also pays for benefits for widowers and widows, qualified disabled workers, and children who lost their working parents. 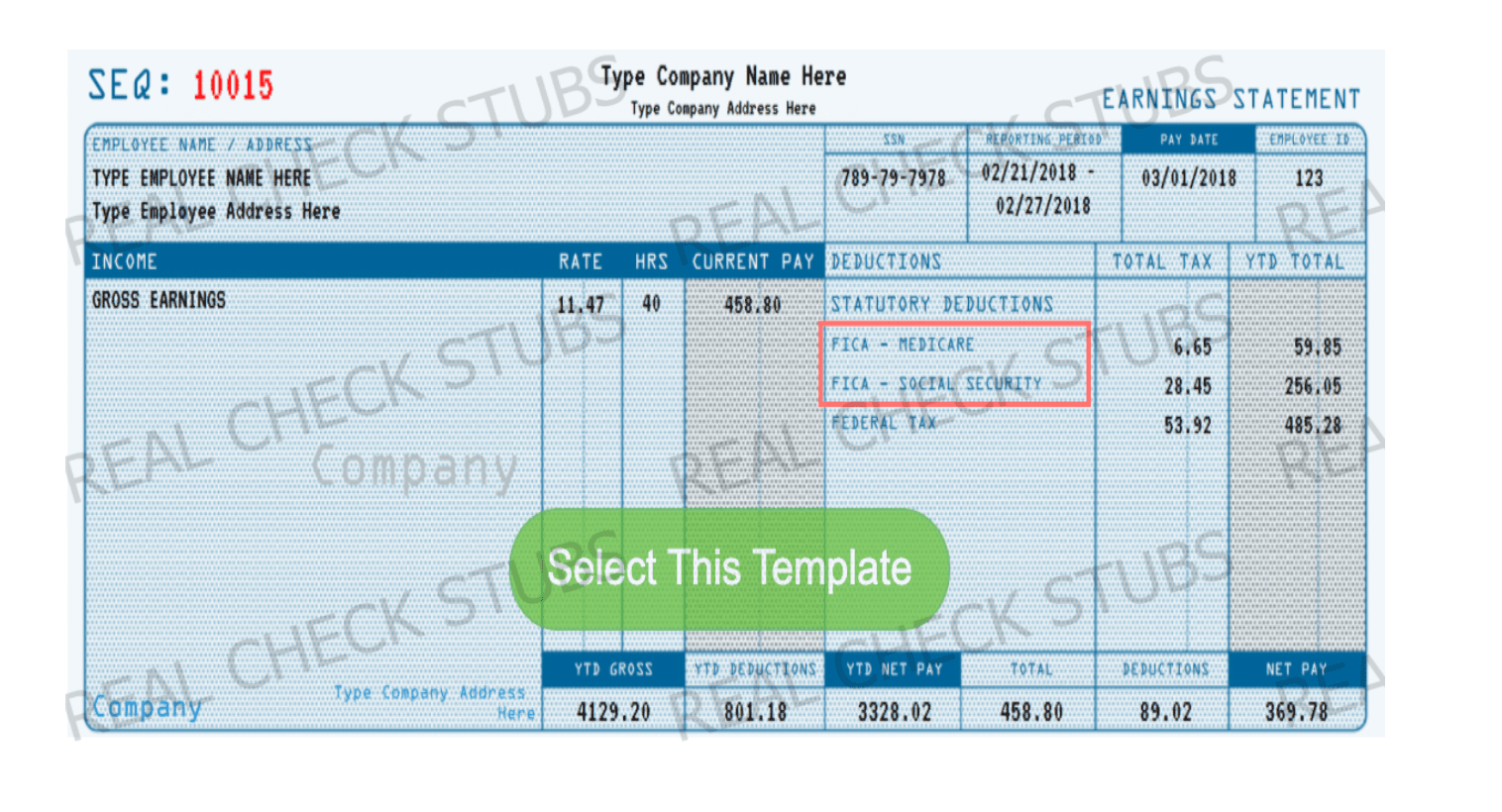 What Does FICA Stand For?

The Federal Insurance Contributions Act (FICA) is a federal tax law equally split between the employer and employee. The amount is a percentage of each employee's taxable income consisting of the Social Security and Medicare payments.

So what does FICA stand for on a check stub? It is simply the amount shown beside the FICA tax label is the sum of both the amount for the Social Security and Medicare taxes.

Social Security is a government-run program offering benefits to people when they retire or for individuals who qualify for the benefits. The fund comes from payments made by employees, employers, and self-employed people each pay period. It sends money to people to help them with their living wages.

This FICA tax constitutes 12.4 percent of an individual's compensation withheld each payroll. It is also directed first and reported to the IRS and then passed on to the Social Security Administration for distribution to retirement and disability payments.

Throughout an individual’s working career, the amount collected from the FICA deduction on a paystub is linked to the Social Security benefit they receive after they retire, or a family receives if they die.

Designed primarily for retired or elderly individuals, the Medicare tax on paystub goes to the government's Medicare trust health insurance program. The share employees contribute each time they receive their check stub helps these people and anyone who qualifies to receive medical care. 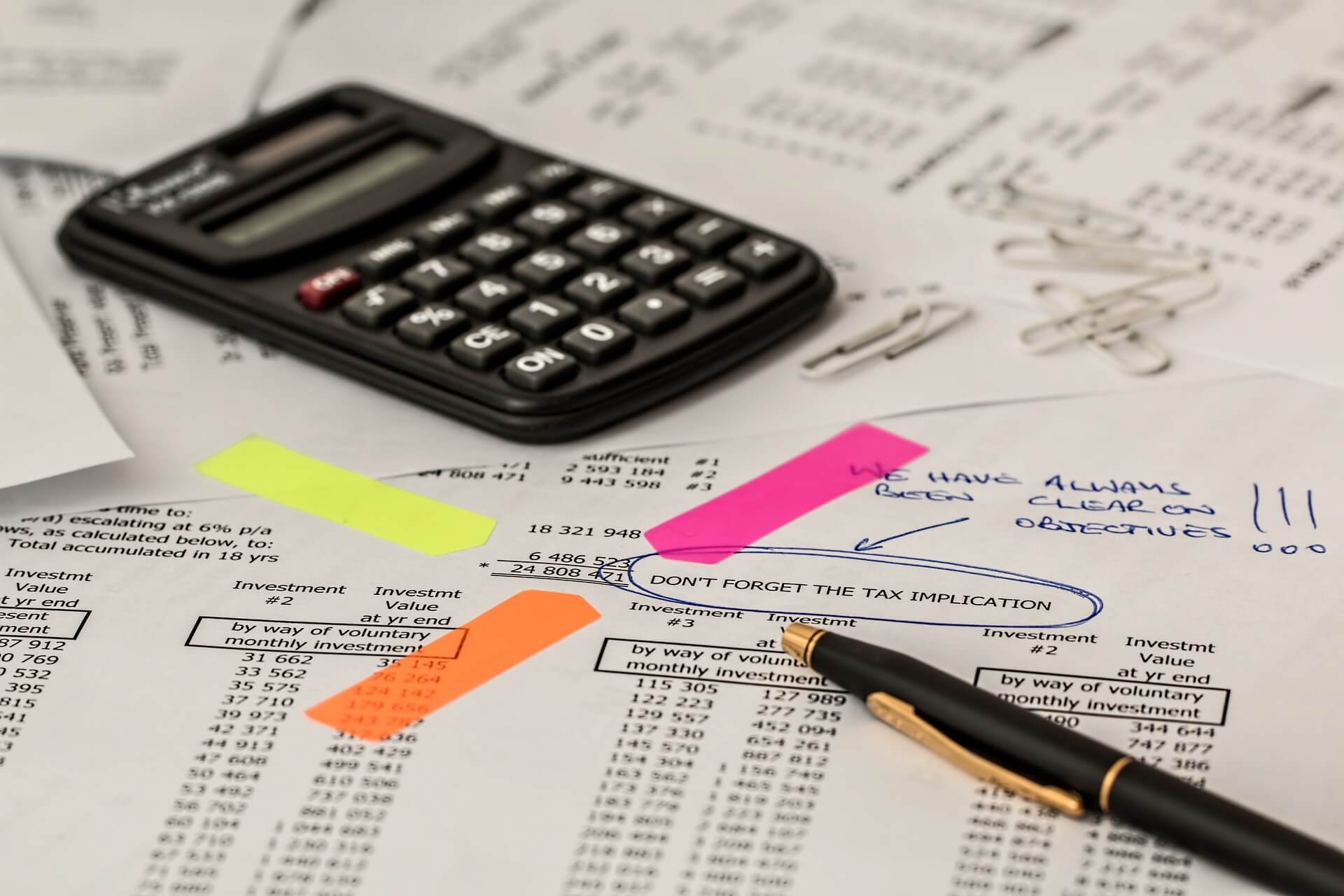 As per law, FICA taxes are mandatory employment taxes that an employer needs to calculate and withhold in each employee payroll. The employer splits the cost in half with the employee deducting the amount due from the employee's paycheck. They then deposit the collection on a semi-weekly or monthly basis, depending on the average size of their contributions for the past year.

The deposits are reported through Form 941, a quarterly payroll tax report given to the Internal Revenue Service (IRS) and sent using the Electronic Federal Tax Payments System (EFTPS). Additionally, all new businesses have to start depositing monthly.

Employers must send the IRS Form 941 on the last day of the month after the end of each quarter. For example, for the first quarter of the year, the form should be filed on the last day of April. This would cover wages paid from January through March.

How Is FICA Calculated?

As discussed earlier, the FICA tax for most employees is mainly composed of two amounts, the Social Security portion and the Medicare portion. The next question is how much the FICA tax is and how FICA on a paycheck stub is calculated for each employee.

For 2020, the wage base limit is $137,700. This means that this is the maximum amount of income employers must consider when withholding Social Security benefits. If the employee's compensation exceeds the wage limit, which changes almost every year based on inflation, employers should not withhold Social Security taxes.

Unlike Social Security, Medicare tax on paystub does not have a wage base. This means that no matter how much an employee makes, the employer would deduct a total of 2.9 percent for the Medicare tax. The employer and the employee would both pay 1.45 percent of the employee's gross income.

Like the first example, if an employee earns $2,400 per payroll period, the employer withholds $34.80 for the employee's share and then matches it with the same amount equivalent to 1.45 percent. Therefore, the employee would have a total of $69.60 paid into the Medicare fund.

In some instances, the employer must withhold an additional 0.90 percent in Medicare tax on paystub for compensation over a threshold amount. However, for this tax, the employer would not match the payment.

Depending on the employee's tax filing status, Medicare for high-earners is due compensation over specific threshold amounts.

- Individuals earning over $125,000 in compensation yearly, if married and filing taxes separately

- Individuals earning over $250,000 in compensation yearly, if married and filing taxes jointly

- Individuals earning over $200,000 in compensation yearly, for all other tax filers

It is important to remember that the IRS requires employers to begin withholding the FICA deduction on a paystub once an employee's income exceeds $200,000 annually. This is still true regardless of whether the employee would owe the surcharge amount based on the mentioned thresholds.

For example, if a single worker earns $9,000 every two weeks for a year, that worker makes an annual compensation of $216,000. Thus, the income would be subject to the additional Medicare surcharge since it exceeded the $200,000 threshold. The employee's Medicare tax would be computed as follows: 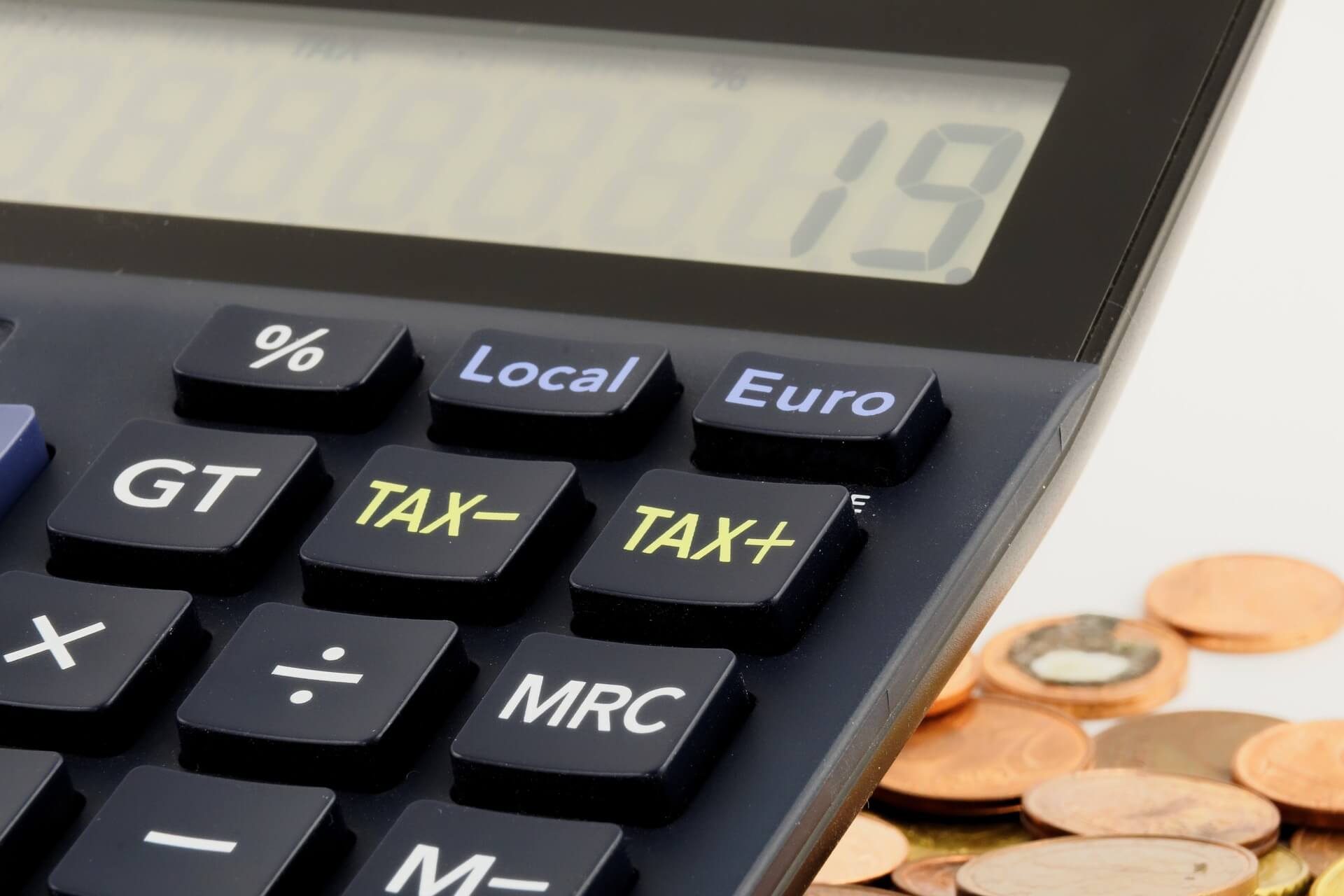 Unless your business is incorporated, you must pay both portions of the FICA tax for the employer and employee as a self-employed worker. Instead of the federal tax, your check stub would show "Self-Employment" tax in its place.

Business owners and other self-employed individuals pay the entire 15.3 percent of their wages. This is the same as the FICA deduction on paystub for employees. The amount due is calculated the same way and composes the same taxes, 12.4 percent for the Social Security tax and 2.9 percent for the Medicare tax. For high-income workers, this also includes the additional Medicare tax.

The self-employment tax is reported on Schedule SE along with your income tax returns. You could then deduct the equivalent of the employer portion of the tax in figuring your adjusted gross income (AGI). This helps to offset the burden of the FICA tax on self-employed individuals and business owners.

What is the Employers' Responsibility for FICA Payroll Taxes?

After each payroll, employers are responsible for withholding and submitting FICA taxes for their share and the employee's share. Some employers could submit the payments semi-weekly or monthly depending on their tax liability for the previous four quarters.

If the employer reports more than $50,000 in taxes in the previous four quarters, then they should file semi-weekly deposits to the IRS. As such, if the employer pays their employees on Monday, Tuesday, or during the weekend, then the taxes must be filed by next Friday. Meanwhile, if you pay your employees on a Wednesday, Thursday, or Friday, the taxes should then be deposited by the following Wednesday.

If the employer reports less than $50,000 in taxes the previous quarter, they should monthly file the FICA taxes. This means that when depositing monthly to the IRS, the amounts are due by the 15th of the month of the following payroll. 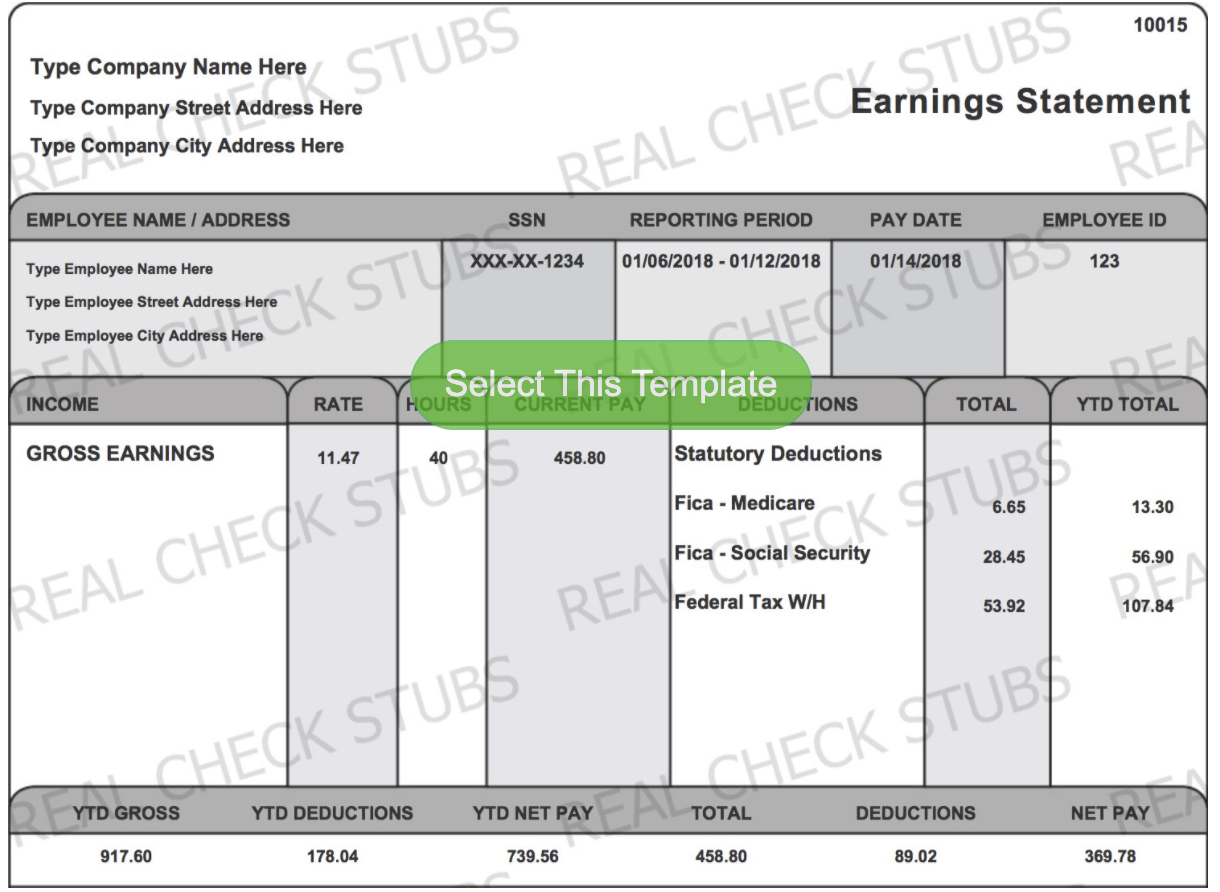 Almost everyone working has to pay Social Security and Medicare Taxes. Whether you are a part-time or full-time employee or self-employed, you are required to withhold FICA taxes. This also includes resident aliens and many non-resident aliens.

However, there are some types of compensation exempted from paying such taxes. Here are a few types of payments to employees not subject to FICA tax withholding.

- Payments to general or limited partners in a partnership

- Salary paid after a worker's death

- Income from tips less than $20 per month

- Salespeople with a statutory nonemployee status

- Children under 18 years old employed by a parent

In some instances, employees pay more Social Security taxes than required. This might happen if you switch jobs, often having your earnings taxed. Even if the combined salary you receive exceeds the Social Security wage base limit, it is still subject to FICA deduction on a paystub.

Fortunately, excess FICA tax could be refunded when you file for your taxes. If you have one job and you overpaid the Social Security tax, you would need to request your employer for a refund. Meanwhile, if you have multiple jobs, you could claim the overpayment using Form 1040. Additionally, if you owe any taxes, the IRS would automatically deduct the amount from your refund to pay them off.

For Medicare tax, excess repayments are nonrefundable since it has a wage base limit, unlike the Social Security tax.

Now that we have answered the question "What is FICA on my paystub?" and understood all its components, it is essential to keep in mind the benefits of paying such taxes. As for calculating the FICA deduction on paystub with the correct rate, Real Check Stubs has you covered. FICA taxes could be overwhelming, especially for the self-employed, but they are essential in helping retirees and other qualified beneficiaries.