For many years, millions of people unemployed, receiving pay under the table, not paying taxes, and working off the books have created a new and widespread problem, the practice of making and using fake pay stubs. Every day numerous applicants try to use false documentation to present their income as sufficient to acquire home and car loans, credit, mortgage, rent, property lease, and bank loans.

Illegal activities such as using fake payroll stubs deteriorate relationships between banks, lenders, and applicants. They could potentially disrupt financial institutions, which in turn lead to penalties and legal issues.

So, it is more important than ever to thoroughly screen applicants and remain vigilant against false documentations. Here is some information about why individuals use fake payroll stubs, how to spot and avoid them, and why it is never a good idea to use them.

Various reasons could compel an individual to make and use fake pay checks to their advantage. Pay stubs, payrolls, or check stubs serve as proof of income and are essential documents when someone needs to apply for a home mortgage, car loan, or seeking credit.

Pay stubs list someone's weekly, monthly, or yearly gross pay, net pay, taxes, and deductions. Lenders require this document to verify if a customer has the financial capability and source of income to qualify for a loan. It also shows that they can trust applicants to settle their accounts regularly.

However, as vital as they are, there are still people who would falsify pay stubs to create fake credentials and benefit from them.

Here are the most common reasons why someone would want to make a fake check stub. 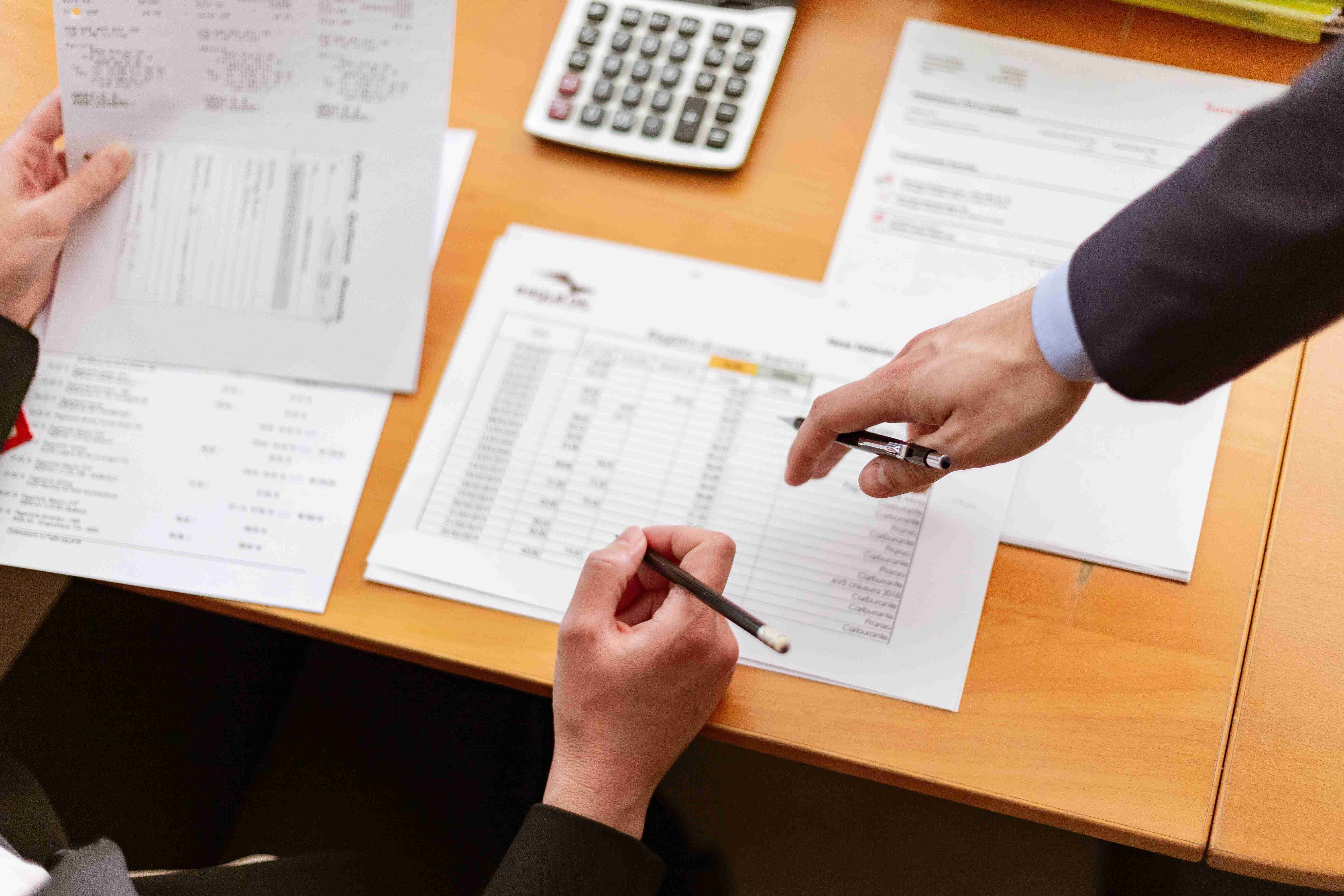 The most common reason why an applicant might fake a paycheck would be their employment status. An applicant could use a fake pay stub maker because they may not have a job, are recently employed, underemployed, or paid in cash or tips without any document provided.

Lenders and property owners require a stable and sufficient income from a legitimate job, which a paystub provides. Knowing how much someone makes in a month is an excellent measurement to gauging if they could get their money back without delay.

Unemployment might lead someone to create a fake pay stub to get back on their feet. For some, it could be a last resort.

When taking out a car loan from car dealerships or looking for a mortgage or home loan from a bank, applicants must always provide proof of income. This gives the banks and dealerships the confidence that an applicant would pay in time and correctly. For someone unemployed, this could provide them with a reason to use online fake pay stub templates to generate fake pay stubs.

Meanwhile, someone could have a job but still find themselves making a fake pay stub, which would make their earnings appear higher than they should be. Sometimes the qualifications for leasing or renting an apartment could be high, especially for areas such as Manhattan and New York City, where apartment owners require a gross annual income of almost 40 times the monthly rent.

The worst reason for faking a pay stub is using the document for identity theft. Along with other fake identifications, a person could attempt to use a different identity to procure credit, loans, or benefits illegally.

There are times that you could encounter false payroll stubs without the knowledge and fault of the applicant. They could also be victims of fraudulent activities done by their employers. The applicant might be breaking the law without them knowing about it.

Some employers could also make fake payroll stubs for various reasons, such as avoiding paying the correct taxes or not being entirely above board. They could also create counterfeit pay stubs to cover up illegal activities. These scenarios would give the lender and the applicant a headache, primarily when the applicant seeks loans and benefits from the bank or the government.

If you find that the applicant has no wrongdoing, you could advise them to consult an employment lawyer and teach them how to spot and avoid fake paychecks. 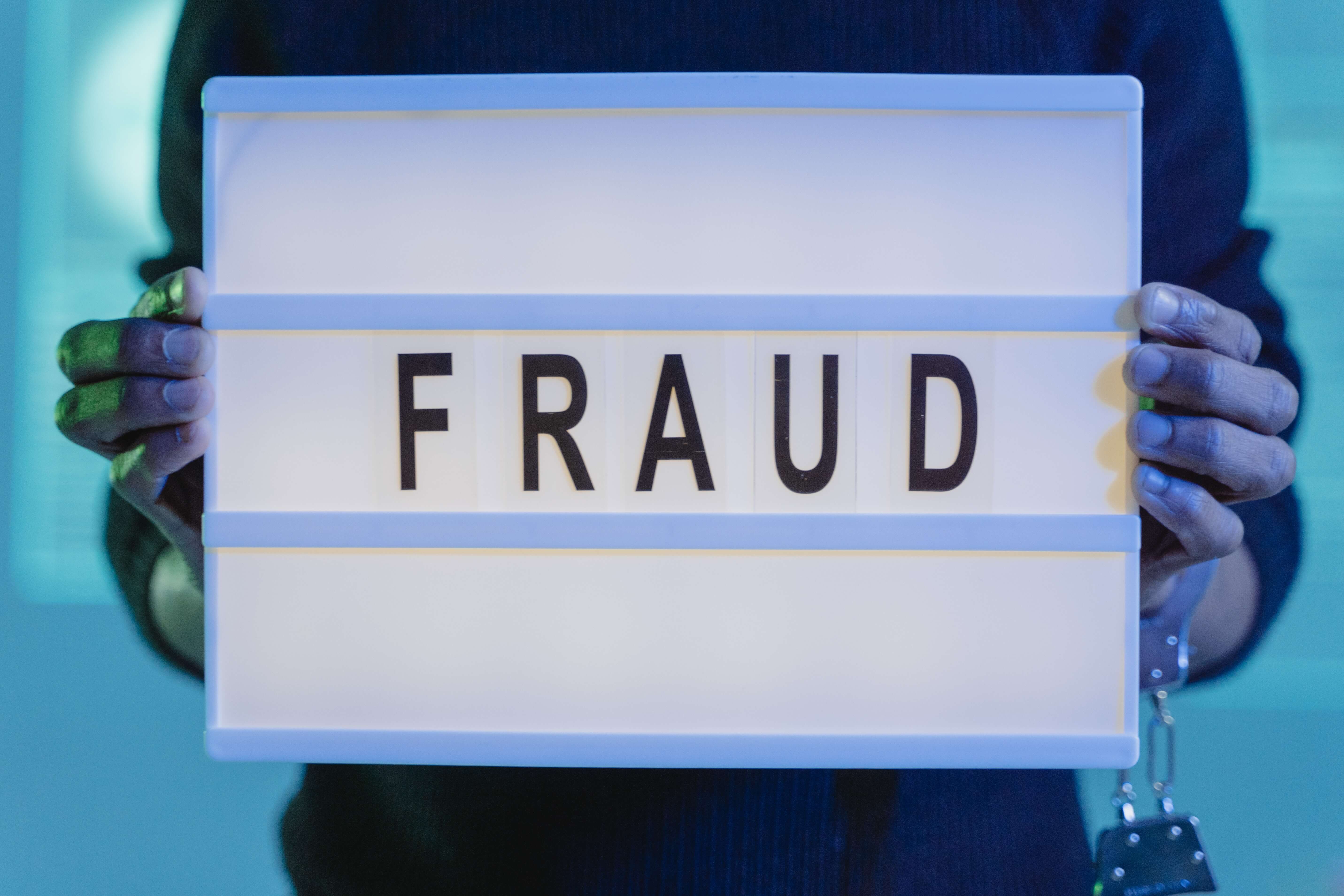 How to Spot a Fake Pay Stub

Although fake pay stubs may seem legitimate and genuine at first glance, there are ways to make sure you can spot if the document has been forged. Pay great attention to details, so keep an eye out for these hints to help you detect counterfeit from real check stubs.

- Does the Pay Stub Lack Neatness or Professionalism?

If you work in a bank, an apartment landlord, a lender, or an employer, there is a decent chance that you have seen a real and legitimate pay stub. Check for details and overall appearance. Professional accountants and human resource personnel make these documents, which means the design and layout would not be messy, and everything lines up.

As soon as you inspect the pay stub's overall appearance, one way to determine a fake document is to scrutinize the basic information and personal detail section. When someone is submitting a fake payroll stub, they could easily overlook details such as an address, name, social security number that would otherwise be consistent and complete on a real check stub. Inconsistencies in data should serve as a warning for you that the applicant could falsify the document.

- Double-Check the Zeros and O's

When someone tries to create fake pay stubs, they more than likely miss small details such as interchanging the number zero with the letter O. However small the element, the document is probably fake if you spot one. Again, a professional HR staff or accountant would not make this mistake. So remember to keep your eye sharp for this difference.

It is true that the design and layout of pay stubs should look professional and clean. However, perfectly rounded numbers could be a huge red flag. It is very rare for a pay stub to contain rounded numbers. For example, the paycheck would show a net pay of $1000.00 instead of $1001.73. Check if most numbers are rounded, and if they are, that is a definite sign that a fake pay stub has been given to you.

- See if the Figures Add Up

You could also distinguish falsified pay stubs by calculating the figures and checking if they indeed add up. If you find miscalculations in earnings and deductions listed or any figure that does not make sense, the pay stub may very well be a fake.

Unfortunately, sometimes it would be hard for you to identify genuine from fraud, so if you are having doubts, you could always use other methods to recognize and verify the documents.

- Request for a W2 Form and Check Consistency

Do your due diligence by requesting a W2 form from the applicant. Verify if the details on the pay stub reflect correctly on the form and vice versa. For someone looking to be a tenant in an apartment or get a car loan or mortgage from the bank, the W2 would list income, deductions, and taxes, allowing you to determine if they are capable of paying on time.

Do a simple search of the company where the applicant works and verify its legitimacy. You could also confirm their employment by asking for their current employer. Applicants would be less likely to commit fraud if they know you have the ability to call their workplace. If you do contact their employer, ask for details of employment such as the date of hire. This information would help you to build a character profile of the individual.

With all the pay stubs you would be going through, there would still be a chance when you would not spot every scam. Having a little common sense and trusting your gut would go a long way in keeping you safe and far from fraudulent activities.

Additionally, you could also ask for supporting documents such as bank statements, social security statements, and tax forms for verifying income for prospective tenants and borrowers. Information on these papers should always match the information on a pay stub.

Verifying the applicant's pay stub and employment status is always a good idea to avoid unwanted transactions. Spending a few minutes to go over documents would save you money and save you from having problems. Verify income thoroughly, do your due diligence, and if needed, you could always consult a professional such as a lawyer or an accountant. 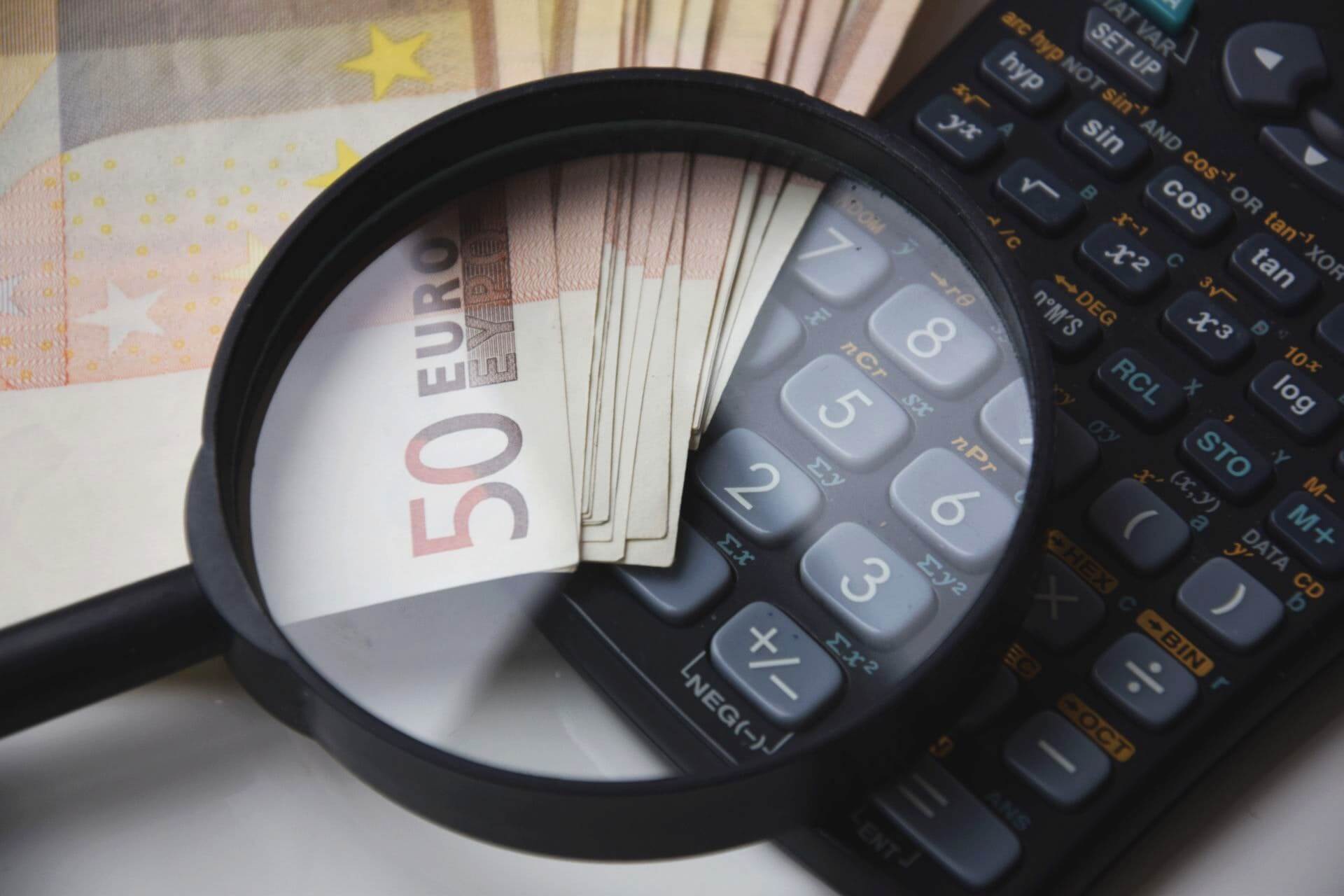 Why To Not Fake Pay Stubs

Applicants might find themselves in hot water if they are caught lying and faking pay stubs. Landlords and bank and car loan lenders could also get severe penalties if they let the scam go through knowingly. The penalties could range from a fine to losing a job, or a much worse consequence, imprisonment.

Here are some consequences and penalties that could stem from making fake pay stubs.

Lying about proof of income when taking out a  bank or car loan, credit, or mortgage is typically grounds for termination. When the employer gets notified of the fraud, an applicant could lose their job for involving the company in illegal activity and for lying.

Applicants may lose some rights when it comes to seeking loans or credits. If the employer terminates the employee, the employee waives their right to sue for discrimination or wrongful termination, which would otherwise be protected under the law. Getting caught would also put the applicant to tolerating unacceptable work conditions that may create a cycle of illegal activities.

Licensed employees could lose their credentials if proven guilty of providing fake pay stubs when getting a car loan, mortgage, or bank loan. It could stain their reputation in their professional community and make them untrustworthy.

From a simple act of searching how to make fake payroll checks, an employee could face a civil lawsuit one day. An employer, a client, the bank, car dealerships, or the government could claim damages and sue the person committing the fraud. If proven guilty, the applicant could incur a fine or go to jail, depending on the scope of the fraud.

Using online fake pay stub makers to generate fake pay stubs is a form of fraud and could result in jail time for the offender. The repercussions for making a fake pay stub could go quickly out of hand and go far beyond an applicant's ability to handle it. If a transaction does go through using falsified documents, the applicant might end up taking a financial obligation that they could not fulfil.

The bottom line is fake payroll stubs are not worth it. 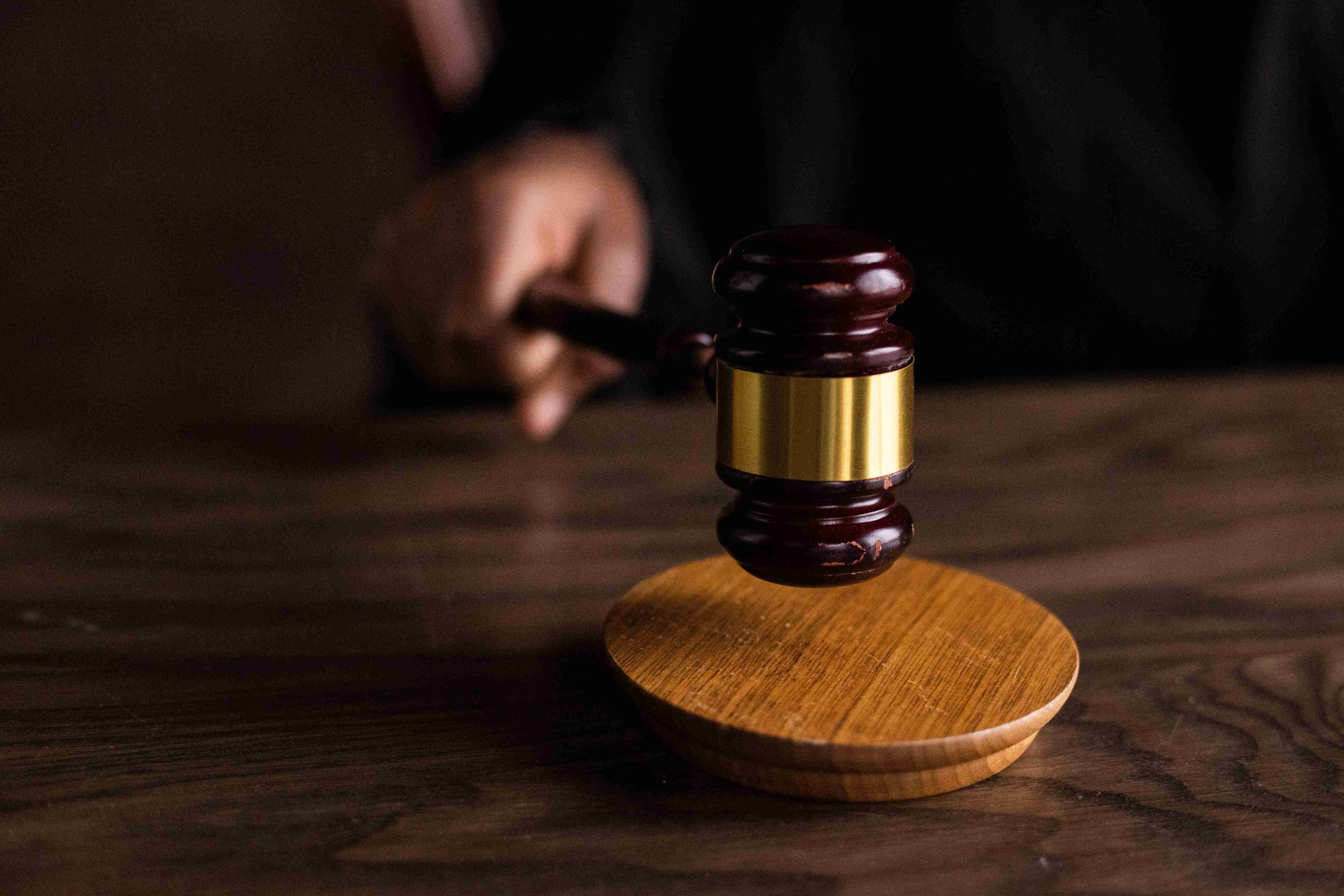 How to Avoid Penalties

Avoiding penalties is as simple as using legitimate online pay stub generators such as Real Check Stubs. This paycheck generator would guide you through all the steps into completing a proper and legal payroll stub. From selecting templates, filling up forms, to saving and printing, Real Check Stubs maker would make the process of creating legal documents for car and bank loans that much easier.

The various pay stub templates would clearly show correct earnings, deductions, and taxes, as well as update you on the current tax rates and benefits.

Using a Real Check Stubs maker goes a long way in avoiding and saving you from penalties and serious legal issues.

Pay stubs are the best way to show that you could acquire and settle bank or car loans, mortgages, apartment rent or lease, and credit. However, using fake pay stubs with false income and employment is never a good idea, leading to severe penalties and legal repercussions when caught.

The risk associated with using fake paychecks for any other purpose far outweigh the possible benefits. Additionally, making fake pay stubs using online fake pay stub generators has become prevalent. So banks, lenders, landlords, and any other person receiving payroll stubs should always keep their guard up and remain vigilant to spot and avoid fraudulent activities.