When workers receive their last pay stub of the tax year, they are likely wondering if they will receive a tax refund for the year and, if so, by how much. Most taxpayers know completing their income tax return is complex and challenging even with all the information they need, such as W-2 forms and receipts for other income and eligible deductions. However, even without this information, a taxpayer can make an educated guess as to whether they will receive a tax refund or not, including the amount, by using the information on their last pay stub.

Below, we will discuss the key considerations to determine the gross income to use when determining if a taxpayer will receive a tax refund and the estimated amount. The first section details how to do this and what to consider given a taxpayer with relatively simple tax considerations.

If a worker only has one employer for the entire tax year, and doesn’t have any other form of income to report, the information on their employer-issued W-2 will be similar to their last pay stub. This is important because the W-2 is the starting point to determine if the taxpayer will get a refund. However, there are a few key considerations to be mindful of.

The first consideration is that employers use no standard pay stub format. In fact, employers are not required to provide pay stubs to their employees in nine US States. However, most pay stubs will have the same basic information, including pay, taxes, and other deductions.

The last important consideration is to know that employers may not include a worker's current and cumulative contributions to an IRA or 401(k). These contributions reduce a worker's taxable income by the amount contributed. It is important to consider this information that may not be included in a final pay stub. Each dollar contributed to these two retirement savings vehicles will reduce their taxable income by an equal amount.

The important thing to remember is that a worker’s gross wages may differ from their taxable wages. Given this, when calculating if a taxpayer will receive a tax refund and the estimated amount, ensure the following to get the most accurate answer:

The previous section discussed the key considerations to determine whether a person will receive a tax refund and the estimated amount by using the reported gross income on their last pay stub. However, the example assumed the worker only had one source of income. Many Americans have more than one job, and will have two last pay stubs. It’s important to note two important considerations for taxpayers in this situation.

The first thing to consider is that income taxes are progressive, meaning the income tax rates will increase as taxable income increases. With two jobs, each employer will be withholding income tax based on the assumed tax bracket the worker is in, given their wage and calculating an annualized amount. The problem with this is the employer will only consider the pay they give the worker and won’t consider the pay from their other job. This can result in an underpayment of income taxes as the incorrect tax bracket is used, which can result in owing federal income taxes for the year.

Workers that find themselves in this situation should communicate with their employers to ensure the proper amount of tax is taken off throughout the year.

Employers will deduct 6.2% off their employees' paychecks until they reach $147,000 in earnings for the given tax year. Any earnings beyond this amount will not have any further social security deductions. However, in situations where the employee has another job, and their combined income is greater than $147,000, they will likely have paid too much social security for the year. Given that, the worker in this example would receive a refund for the overpayment to the IRS. 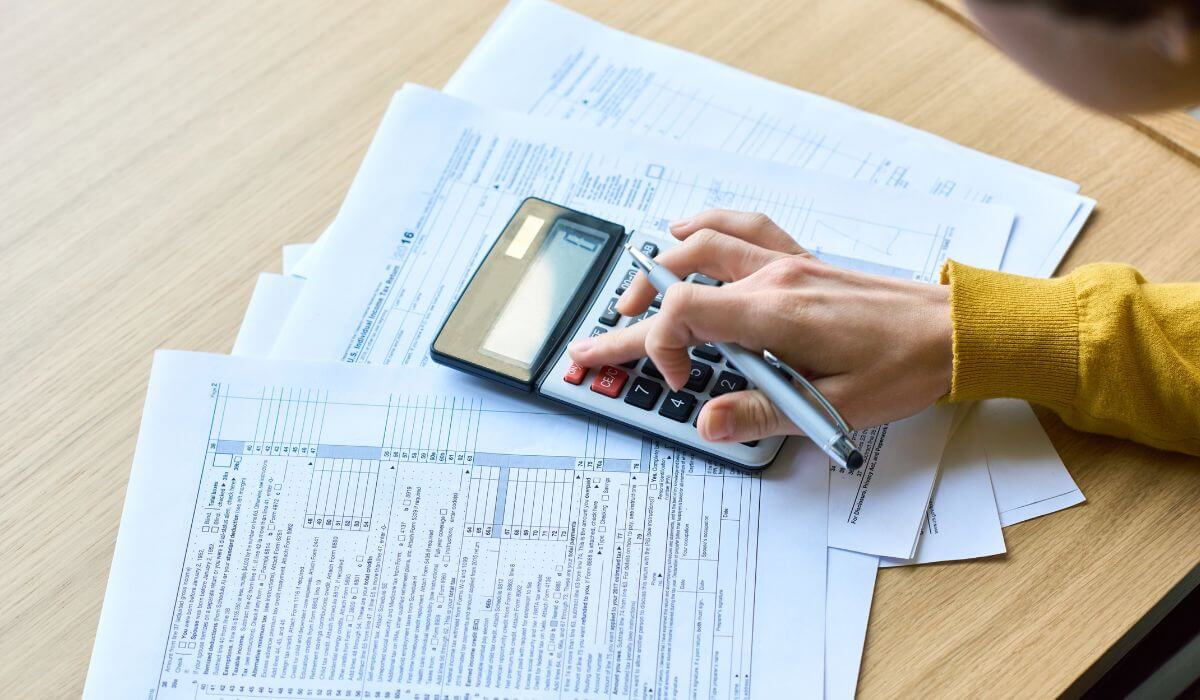 Now that we have covered the key considerations when using gross wages from the taxpayer’s last paystub to determine if they will receive a tax refund and the amount, we need to look at what the taxpayer can deduct from their gross income to reduce their taxable income.

For the taxpayer to claim the itemized deduction, they need to ensure they have all the receipts to back up their itemized expenses.

Standard deductions are a fixed amount the Internal Revenue Agency (IRS) lets taxpayers deduct from their adjusted taxable income with no questions asked. The table below notes the standard

Taxpayers can reduce their federal income taxes by deducting eligible expenses from their Adjusted Gross Income. As noted earlier in the article, it only makes sense to itemize deductions if the sum is greater than the standard deduction. Below are the five areas of itemized deductions noted on Schedule A of Form 1040:

Make a list of the federal, state, and local income taxes withheld from a recent pay stub, preferably one without any "exceptional" income such as bonuses or overtime. Then multiply the total by the relevant factor.

You can use an Online Tax Calculator to determine the income tax owed to the IRS. In addition, you can estimate your tax refund if applicable.

Determining whether a taxpayer will get a federal income tax refund and the estimated amount isn’t easy, but an educated guess can be made. Let’s quickly review the steps.